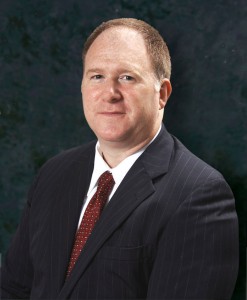 Eric D. Pearson is a 1991 graduate of the University of Michigan Law School. Eric focuses his practice on product liability cases, pharmaceutical cases, commercial disputes and catastrophic personal injury cases. He has significant trial experience representing both plaintiffs and defendants in state and federal courts.

Eric has had a substantial role in obtaining some of the largest verdicts in North Texas, including a $36 million jury verdict on behalf of a teenager who was seriously injured in a bus crash near Terrell, Texas and an $18 million jury verdict against a Fortune 500™ company involving the distribution of computer hardware in Europe. Eric also successfully defended an international businessman against a $200 million fraud claim in a case arising from the discovery of one of the world’s largest nickel reserves. He recently obtained a seven figure jury verdict against an apartment owner and a property management company on behalf of the family of a young girl struck and killed by a car in an apartment parking lot.

In 2014-2015, he tried seven cases in federal courts in six different states. In one of these cases, he obtained a $1.25M verdict in federal court in Chicago for a man who cut his fingers off while using a defective table saw. Eric also has negotiated numerous multi-million dollar settlements, including more than 20 settlements in excess of $1 million in 2010 alone and more than $75 million in total settlements in 2012.

In addition to his trial docket, Eric has also handled numerous appellate matters in state and federal courts throughout the United States. He has authored dozens of appellate briefs and has participated in more than a dozen appellate oral arguments, including arguments before the Dallas Court of Appeals, the Texas Supreme Court and the federal Ninth Circuit Court of Appeals. He argued the appeal in Columbia Medical Center of Las Colinas, Inc. v. Hogue, 271 S.W.3d 238 (Tex. 2009), in which the Texas Supreme Court upheld a gross negligence finding against the defendant hospital in a medical malpractice case, affirming the jury’s $9 million verdict on behalf of his clients.

More recently, Eric successfully argued the appeal in DiCosolo v. Jannsen Pharm., Inc. 951 N.E.2d 1238 (Ill. App. 2011), in which the Illinois Court of Appeals affirmed a $16.5 million judgment for the family of a Chicago woman who died while using a defective Duragesic fentanyl pain patch. In May 2012, the Texas Supreme Court affirmed the Dallas Court of Appeals’ decision in City of Brownsville ex rel. Public Utilities Bd. v. AEP Texas Cent. Co., 348 S.W.3d (Tex. App.–Dallas 2011, pet. denied), which ruled for Eric’s client in a $30 million breach of contract case involving the sale of an electric power plant.

Eric is Board Certified in Personal Injury Trial Law by the Texas Board of Legal Specialization. He has been selected to the Super Lawyers List, a Thomson Reuters publication, for 15 straight years (2004-2018). Eric was previously named by D Magazine as one of the “Best Lawyers Under 40” in Dallas and was also recently named by the magazine as one of the Best Lawyers in Dallas. He is AV-rated by Martindale Hubbell, the highest legal and ethical rating available.